Home » Feature » Fantasy Football Insurance: How It Works and Why You Need It

Fantasy Football Insurance: How It Works and Why You Need It 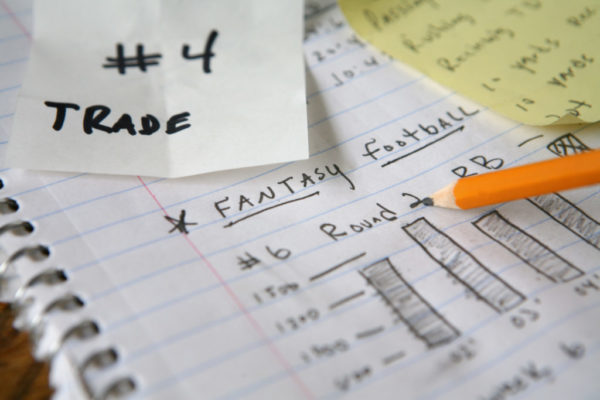 According to the Fantasy Sports Trade Association (FSTA), approximately 57 million Americans and Canadians are participating in fantasy sports this year. That’s a massive increase from just a decade ago, when only 18 million people took part in fantasy sports leagues.

Players range from friends exchanging small bets to serious betters spending thousands of dollars on their lineup. Depending on who you’re talking about, a fantasy team could be a major investment. Entry fees are just as diverse as the participants. One star player doesn’t make a winning fantasy league.

Among fantasy leagues, football is king. In fact, the FSTA named it the most popular fantasy sport. As fans across the nation are anxiously gearing up for another action-packed football season, some are taking drastic measures to ensure their success — including buying fantasy football insurance as an important part of their game plan.

In addition to bragging rights, many fantasy football league participants play for cash, making fantasy football an estimated billion dollar industry. According to the FSTA, the average fantasy sports player now spends $556 on league-related costs in a 12-month period, up from $110 in 2014.

Fantasy sports insurance can help protect that investment. Fantasy football policies are intended to reimburse the policyholder for costs associated with joining a league and performing pre-draft and in-season stat research.

Players make their best estimates of who to bet on based on past performance and other factors. Like everything in life, even the most knowledgeable players can’t predict everything that could happen.

If one of a fantasy leaguer’s star athletes gets injured, that player could lose their chance of taking home a portion of the winnings. This could be an otherwise excellent player choice. Many serious fantasy players consider fantasy football insurance a strategic tool for success.

How Does Fantasy Football Insurance Work?

Much like athletes who take out policies to protect their body parts in case of injury, fantasy football players take out insurance to help protect their investment in reality-based football games. Fantasy football policies are intended to reimburse the policyholder for costs associated with joining a league and performing pre-draft and in-season stat research.

Several companies specialize in fantasy sports insurance (FSI), and each one takes a slightly different approach to setting fees and payouts:

Football is one of the most purchased fantasy sports insurance plans, but it’s not the only one. Fans can buy insurance to cover baseball, basketball, and other sports, too.

Fantasy football is already a billion-dollar industry in the U.S., and there’s a good chance it will keep growing. As potential payouts increase, more fans could turn to fantasy insurance to help protect their investments.

An insurance company may keep policies modest to cover routine sign-up costs. Depending on how things go, possible limits may increase, but this is at substantial risk to the insurer.

Before you select your first-round draft picks for the upcoming season, share this article with your fantasy football league friends. Then turn to Obrella to learn how to protect the important things in life!