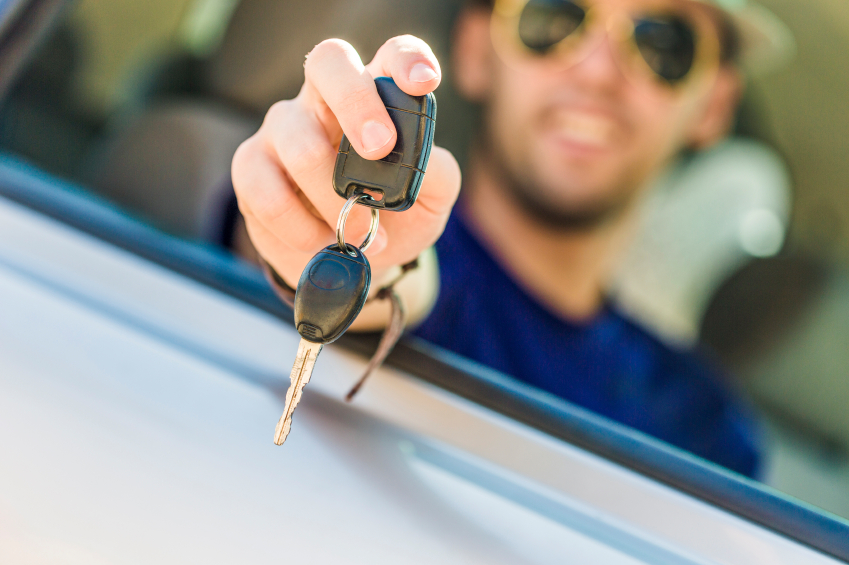 Your teen may have taken weeks of driver’s ed, endured countless lectures about safe driving, and promised to always drive with their eyes on the road. However, it may still not be enough to keep your gray hairs at bay. If you’re worried about your teen when they’re out on the road, maybe it’s time to consider putting them in a top-rated safety vehicle. The IHHS comes out with a list of cars every year with the highest safety rating and best crash protection. And, we’ve compiled the best of those that have a starting price under $20,000 brand new, a great price range for a teenager on a budget—from safe to safer to the absolute safest models.

The sedan models in this group have top ratings in four of the five categories and an “acceptable” rating in small overlap front crash testing. Small overlap front testing was introduced to the ranking system in 2012. However, the Hyundai Elantra has not been redesigned since 2011.

With top ratings in all categories except small overlap front crash testing, the 2015 Dodge Dart is a dependable and safe car. Built with airbags for knee protection in the case of head-on collisions, both front passenger and driver have added safety.

With side airbags, rollover sensors (a new feature with 2015 models), and knee airbags in the driver’s seat, the 2015 Ford Focus earned four of the five top scores in crashworthiness.

Best older models ranked by IHHS: 2008 and newer Ford Focus models have either “good” or “acceptable” ratings—the highest two in the IHHS safety test. Models 2007 and older reported issues and low grading for side and seat/head restraint features.

This model was ranked as a top safety pick (TSP) because of its top scores in crash tests for moderate overlap front, side, roof strength, and head/seat restraints. Although it has an “acceptable” score for small overlap front testing, this model is still an affordable and very safe option for teen drivers—and any driver for that matter.

Best older models ranked by IHHS: The 2015 is the best as other years ranked “poor” (the lowest possible score) for small front overlap crash testing.

The 2015 Nissan Sentra has five out of five top scores in crash safety. With a rollover sensor that deploys side curtain airbags when turning over (new feature for the 2015 models) it does extremely well in protecting passengers. The Nissan Sentra was redesigned in 2013 and 2015 is the first time it has received top ratings in all five categories.

Best older models ranked by IHHS: 2015 is the only model with a top rating in small overlap front crash testing. All others are ranked the lowest with “poor” grades or has inconsistent scores across categories.

The Honda Civic has a long history of being a top-rated vehicle when it comes to safety. Re-designed in 2013, the auto manufacturer has maintained and improved upon safety features to keep passengers safe—earning it five out of five top scores since then. The Honda Civic is also great with gas mileage—averaging 39 MPG on the highway.

Best older models ranked by IHHS: With the exception of the 2003, 2004, and 2005 Honda Civic Sedans (which received the lowest grade for head restraints and seats), every model from 2000-2015 has scored top ratings in all categories.

This little car has big safety features and was given top ratings in all five crashworthiness categories. Redesigned in 2014, the Kia Soul front compartment now offers better protection for passengers in the case of a head-on crash.

Best older models ranked by IHHS: The 2015 is your best bet. The 2014 Kia Soul was not tested for small overlap frontal crashes so data is unknown and every other year (from 2010) ranked the lowest in this category.

The 2015 Mazda 3 was awarded the highest IHHS safety standard of TSP+ (top safety pick plus) and is one trustworthy vehicle. In order to protect passengers better in the case of small overlap frontal crashes—the most common type of crash that results in casualties—the auto manufacturer redesigned in front suspension in 2014. Now, drivers and passengers who hit objects with the front corner of their cars are better protected.

When looking for the safest car, look for features such as crash prevention systems and collision warnings. These features can help ensure that your teen is safe on the road.

Before making any final decisions on your insurance company, it is important to learn as much as you can about your local insurance providers, and the coverages they offer. Call your local insurance agent to clear up any questions that you might have. Questions to consider asking include, “What is the best coverage plan for me/my family/my situation?” “What are the minimum coverage requirements in my state and what form of coverage do you recommend?” “Do you guys offer any bundle discounts if I take out both my auto insurance and home insurance with you?” and “What is the average rate of insurance quotes you guys offer?” Also, look into adding personal injury protection coverage to ensure your teen stays safe on the road. This coverage can help cover medical payment in case of an accident.